This is considered to be the pinnacle art work of the Spanish Baroque and it is incorporated on the back of the Main Altar with a Spanish and Genovese marble altarpiece that shows the Apotheosis of the Holy Sacrament of the Eucharist. In the middle of this altarpiece there is an oval window surrounded by Archangels, from where the Sacrarium becomes illuminated thanks to the apse aisle vaults breaking. This is where the Glory of the Main Saints is shown. This great art work was made by Narciso Tomé in 1732, promoted by the Archbishop Diego de Astorga, who was later buried in front of its altar.

The main body of the altarpiece is constructed with a sculpture of the Virgin and Child, the relief of David and Ajimelec and the meeting of Abigail and David. Here we can also see the artist’s signature. Sculptures of Saint Leocadia and Saint Casilda are placed on the second body with the Last Supper above them and further up Saint Eugene and Saint Ildephonsus. The altarpiece is crowned with the three theological virtues, sculpted previously in 1677. 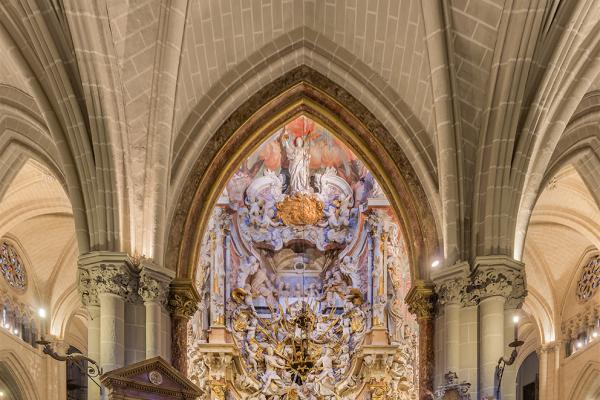 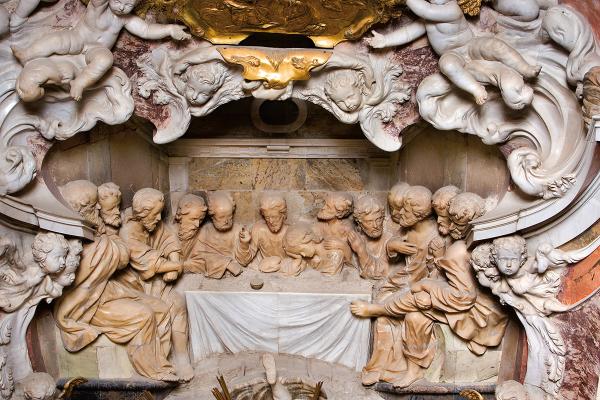 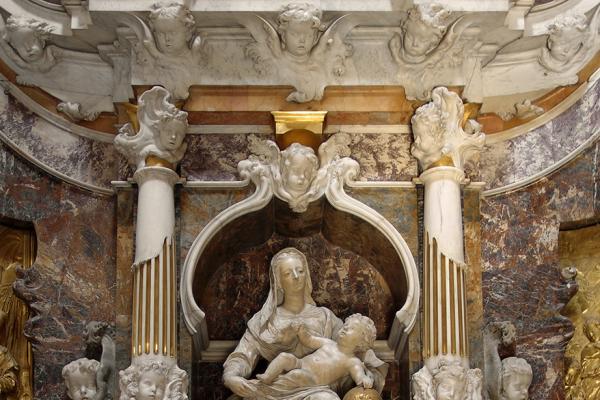