In front of the Main Altar we find the most beautiful Choir of all the European cathedrals, made to accommodate the cathedral Clergy: the Archbishop, Canons, Prebendaries and Chaplains. It consists of the higher stalls made from the seat of honour, on the right side by Alonso Berruguete and the left side by Felipe Bigarny. The lower stalls were carved by Rodrigo Alemán between 1489 and 1495 and they tell the story of Granada’s conquest. There are two big lecterns made in 1570 by Nicolás de Vergara the Old and his son Nicolás de Vergara the Young at either side. In the middle is an eagle lectern made by a German artist in 1425. A beautiful Gothic French sculpture from the sixteenth century called Virgin White, full of sweetness and beauty from the Mother, presides in the altar of prime. The Choir is enclosed with a grille worked by Domingo de Céspedes between 1541 and 1548. 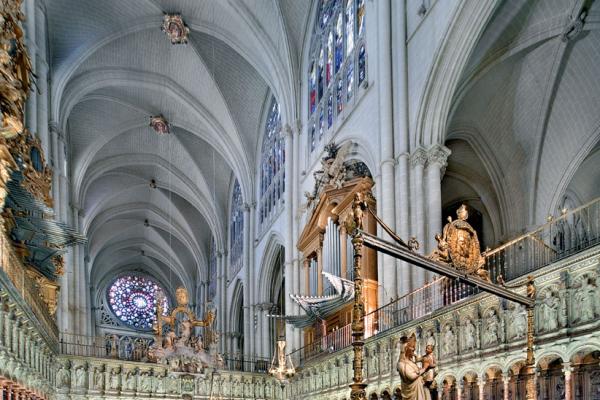 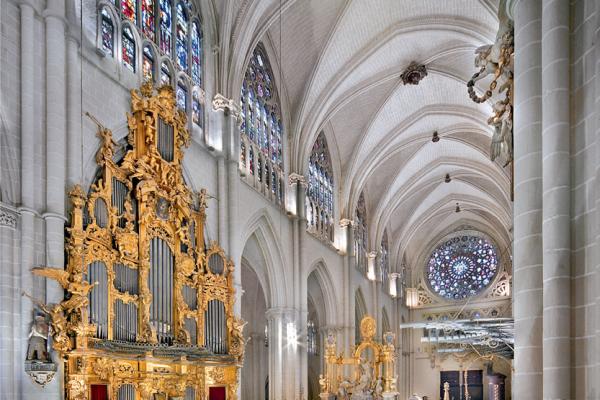 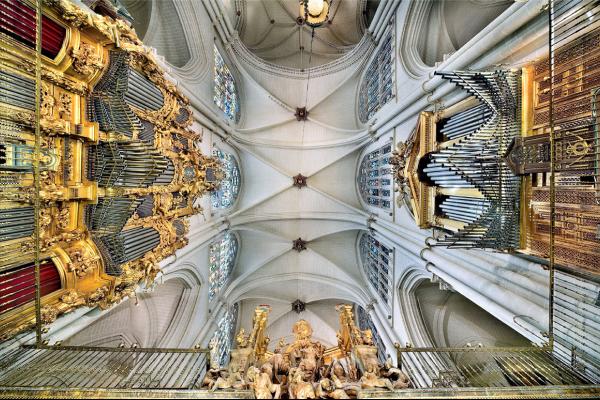