The Corpus Christi Chapel, also known as the Mozarabic Chapel, was commissioned in 1504 by Cardinal Cisneros to celebrate the Mozarabic Hispanic rite that, not without difficulty, had been preserved by the Mozarabs (Christians in Islamic territory), and which had been celebrated only in Toledo since the re-conquest of the city in 1085.

This is where stood the old Capitulary Room, of which only the recently discovered starry ceiling remains. The design was created by the distinguished architect Enrique Egas and its construction lasted from 1502 to 1510. However, in 1622 the lantern was burned down and it had to be rebuilt by El Greco’s son, Jorge Manuel, who finished its reconstruction in 1631.

Built into the main door there is a grille made by Juan Francés in 1524, crowned with the coats of arms from Canon Diego López de Ayala and Cardinal Cisneros. Behind it there is a trompe l’oeil painted by Juan de Borgoña in 1514 and crowned with a Piety attributed to Enrique Egas. Inside we observe the mural paintings that commemorate the Siege and Capture of Oran by Cardinal Cisneros in 1509, painted by Juan de Borgoña in 1514.

The altar is presided by an altarpiece refurbished in 1791, made up of wooden panels with saints and crowned by a Latin American Crucifix from 1590. The central mosaic, manufactured in a Vatican workshop and ordered by Cardinal Lorenzana, shows a scene of the Virgin and Child, after an engraving by Carlo Maratta. The Hispanic Mozarabic rite continues to be celebrated in this chapel nowadays. 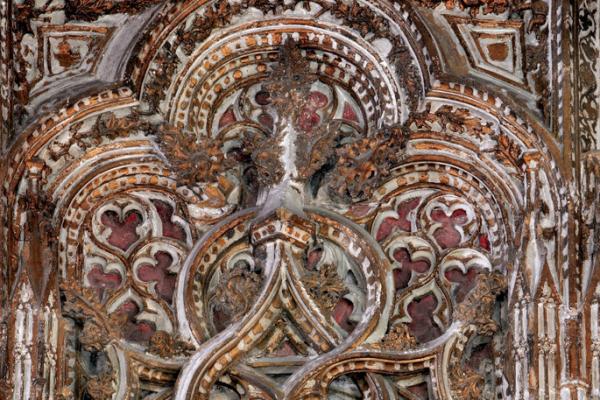 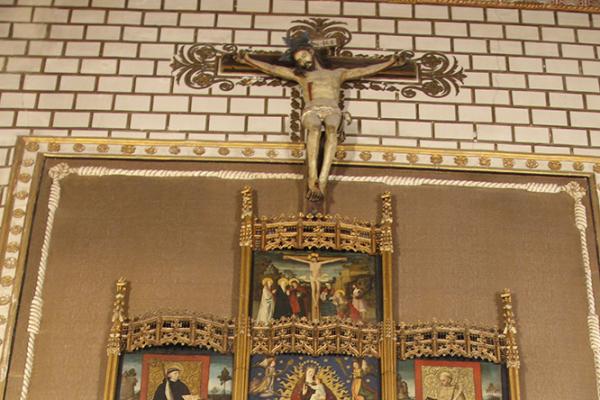 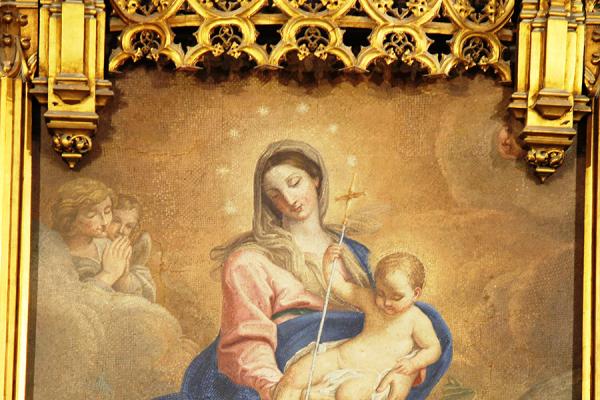