The Chapel of Saint Blaise was built in 1397 in the north-eastern angle of the cloister by order of the Archbishop Don Pedro Tenorio for his burial. It is a space with a central plan covered by a vault split into eight pieces whose ribs lean on corbels. The access is through an arched Gothic entrance with archivolts decorated with vegetable motifs; over it there is a sculptural group about the Annunciation by the artist Ferrán González, author as well of the sepulchres of Pedro Tenorio and his loyal adviser Don Vicente Arias, Bishop of Plasencia, situated in the middle of the chapel.

Without doubt, the biggest artistic treasures that this chapel has to offer are the murals that were recently rescued from the damp and restored to their former glory. The ones over the cornice show the different passages of the Creed. They start on the west side with the representation of the evangelists Saint John and Saint Lucas writing. Following the minute hand the Annunciation (west wall), the Adoration of the Shepherds, Jesus in the presence of Caifas, the Crucifixion, the Saint Funeral (lost), the Descension to the Limbo (lost), the Ascension of Christ (east wall), the Son seated at the Father’s right, the Final Judgment, Pentecost, the Resurrection of the Body (south wall) and the Transfiguration in Mount Tabor (west wall).

Preserved underneath the cornice there are some fragments from the Final Judgment (west), the history of Saint Anthony (north) and the life of Saint Blaise (east). Painted over the arched entrance of the chapel are scenes displaying the life and miracles of Saint Peter.

All the authors agree on highlighting the Italian influence in these paintings. These paintings show the best giottesca tradition, being close to the art of some Florentine masters that worked in the Peninsula at the end of the Trecento. This is the case of Gerardo Starnina and Nicolás de Antonio, whose presence in Valencia and Toledo in this period is documented (altarpiece of Saint Eugene, cathedral of Toledo). 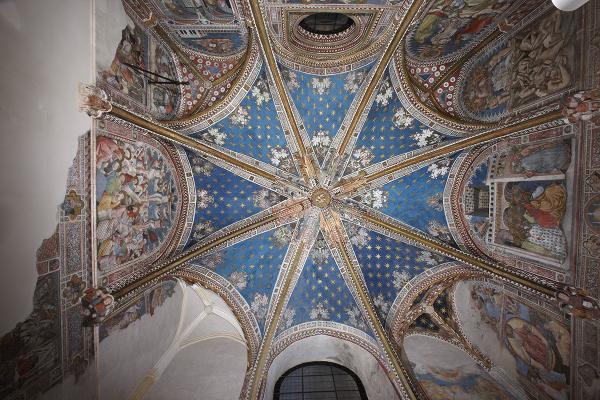 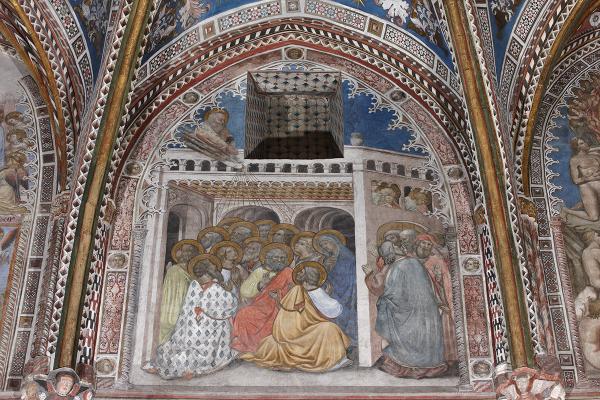 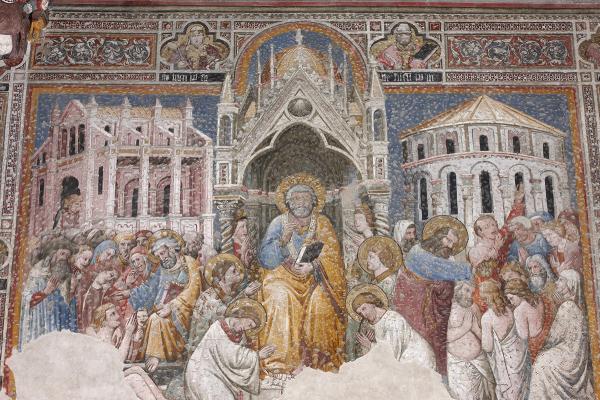