Chapel of the new Monarchs

Chapel of the new Monarchs

This Chapel is so named to differentiate it from the Chapel of the Old Monarchs (los Reyes Viejos), found inside the Main Chapel. It was built between 1531 and 1534 over the old blacksmithing workshop in the cathedral and was intended as a funeral chapel for the Trastámara dynasty. The plans were shown by Covarrubias to the emperor Charles V, who approved them immediately. The grille at the entrance, as with the one inside, was made by Domingo de Céspedes in 1532. On either side we can see the Monarchs sepulchres: Enrique II (†1379) and his wife Juana (†1381) on the right, and on the left Don Enrique III, nicknamed “the Sufferer” (†1407) and his wife Catalina de Lancaster (†1418). Close to the presbytery we find sepulchres with orant statues of Juan I and his wife Leonor de Aragón. Also observe the Neoclassic altarpieces which are made from marble and bronze by Ventura Rodríguez in 1772 and paintings by Maella are inserted all around the chapel. The great altarpiece from 1805 was funded by Charles IV and consists of a canvas by Maella. Two organs made in 1654 and 1721 complete this beautiful chapel. 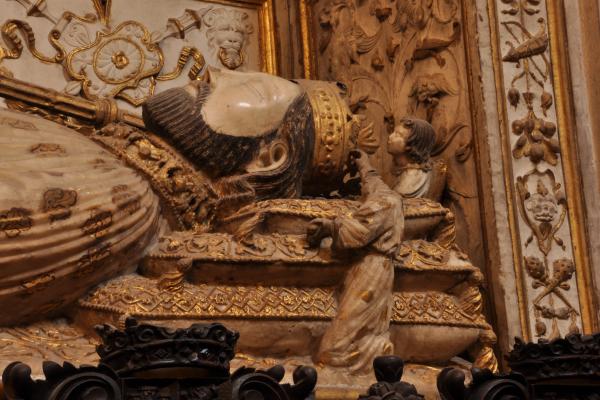 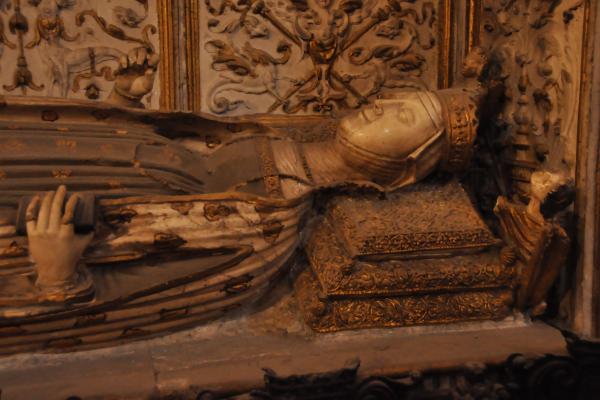 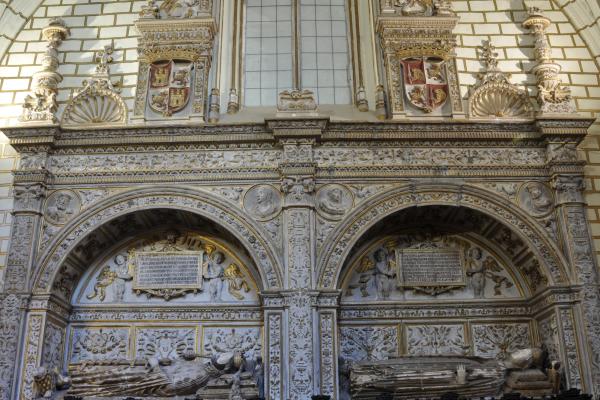