The Descension Chapel was founded by Enrique II and is located between the two smaller naves and the second pillar at the base of the cathedral. This is believed to be the real origin of the Cathedral, as the Main Altar of the Visigothic Basilica stood here. Tradition has it that it was here where Virgin Mary Descended to put the chasuble on Bishop Saint Ildephonsus.

The altarpiece was drawn and signed by Felipe Bigarny and it was finished by his son Gregorio Pardo. This piece depicts the Descension in the centre, the four Fathers of the Church on the sides, the Assumption in the attic, and small reliefs of the Life of the Virgin, the Appearance of Saint Leocadia and the Preaching of Saint Ildephonsus on the predella. Here we find the sepulchre of Cardinal Moscoso (†1655) created by Fanelli and Salinas in 1668. 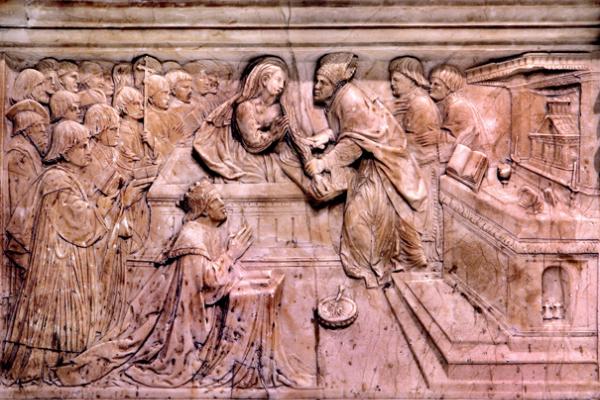 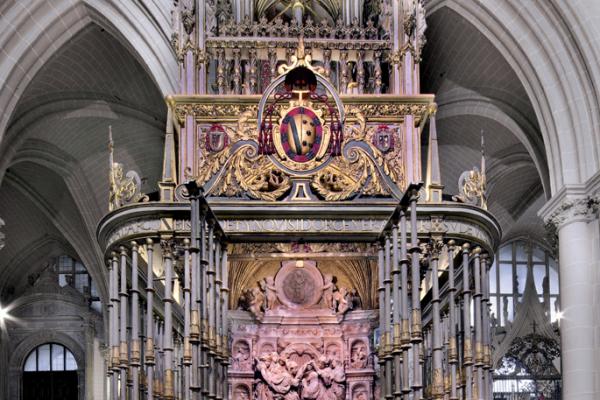 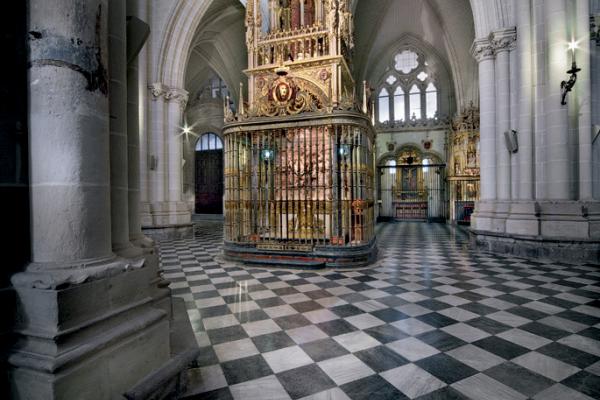